Executive Order 9066 opened at the Arizona State University Art Museum in Tempe, Arizona on Friday, September 27th, 2013. This will be the 4th venue for this exhibition. It was significant to bring this exhibition to Arizona, since two very large incarceration centers were located in that state: Poston was one of the largest camps at about 20,000 incarcerees, and Gila River held about 18,000. Heather Sealy Lineberry and her installation staff did a terrific job of installing this exhibition: the individual wall pieces were very well integrated with The Tag Project installation in this large space. The interpretive objects were seen on opposite ends of the gallery space itself. I have been intrigued with how different the exhibition has looked in every venue, all were quite wonderful and had its own character.

These photos were captured with my humble little iPhone but I hope to receive professional installation shots from the museum at some point.

view from the entrance of the exhibition 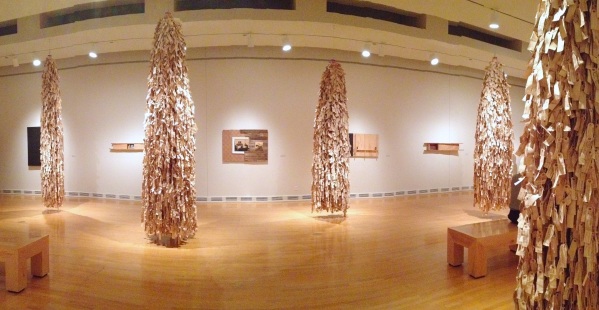 My mother chatted with a visitor, whose family was incarcerated at Topaz, and she was able to find the tags of some of her friends and family. 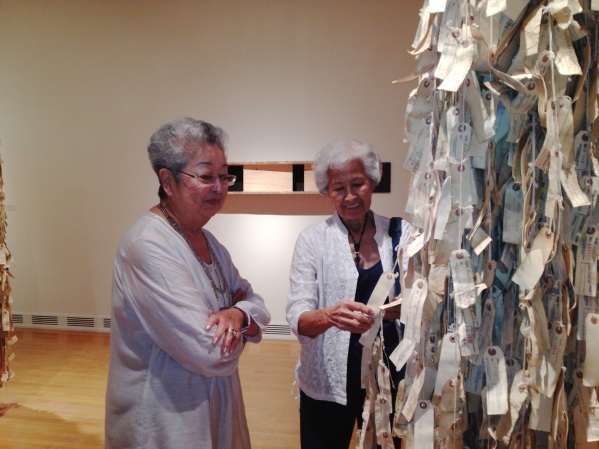 On Sunday, my mom and dad (Reiko and John Maruyama) was interviewed by Claudia Katayanagi, a filmmaker who is working on a project for the National Parks Service, focussing on the Leupp Citizen Isolation Center specifically, but also about the whole incarceration of the Nikkei during World War II in general. She filmed an interview with Norman Mineta in July at the National Japanese American Museum symposium in Seattle, as well as Tom Ikeda of Densho, and historians Roger Daniels and Greg Robinson. Professor Tetsuden Kashima is a central figure and her mentor on this project. I was pleased for my mom, as she will have the opportunity to speak about her very difficult experiences having evacuated her home and did not go to any of the incarceration centers. I believe that she represents an invisible population of Japanese Americans who suffered great hardships that were different from those who went to these camps. My Dad was already in Colorado before the war broke out and so he brings a different perspective to the experience. Claudia interviewed me on Saturday, and will include me in a segment of interviews of several Japanese American Artists about their experiences and or interpretations of EO9066 for this film. 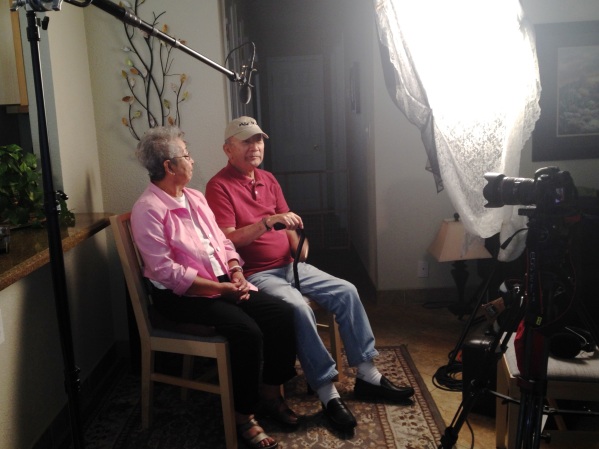